Layout and play-testing continues with MUCK. It is looking beautiful: 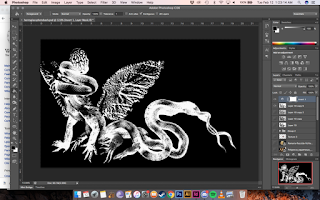 And the play-testing is going really well. The party is knocking dominoes over. Shaking the foundation. They killed/eliminated one of the witch clans and also led one witch clan to killing the Giant head that likes to play games.

They haven't left the bottom half of the map yet. They haven't met three of the other factions. And they've already done so much. I'm in love with this adventure location.

I'm learning more about Muck. The characters there are all very transactional. This for that. Do this and I'll do that. And they all have their secrets. Things they'll do when other things happen.

For instance - the Ladies of Oolice are all pretty chill and laid back. But when they found out one of the characters had an item that could harm the giant that protected faerie land, they traded as little as they could for it, and went and got some information.

They didn't tell the party of these plans because, even though they're chill, the party had not done anything for them. The party had the option. They had the head of another witch clan and planned on giving it to the Ladies of Oolice, but instead gave it to another person for a favor.

So they gained that possible ally, and didn't gain another.

Everything is transactional. And gaining favor with one might gain enmity from another.

I'm excited to see where Muck leads and feel that the writing won't be completed until the party leaves.
Posted by Dungeons, Dragons, and Stuff at 11:29 AM